With my whole being 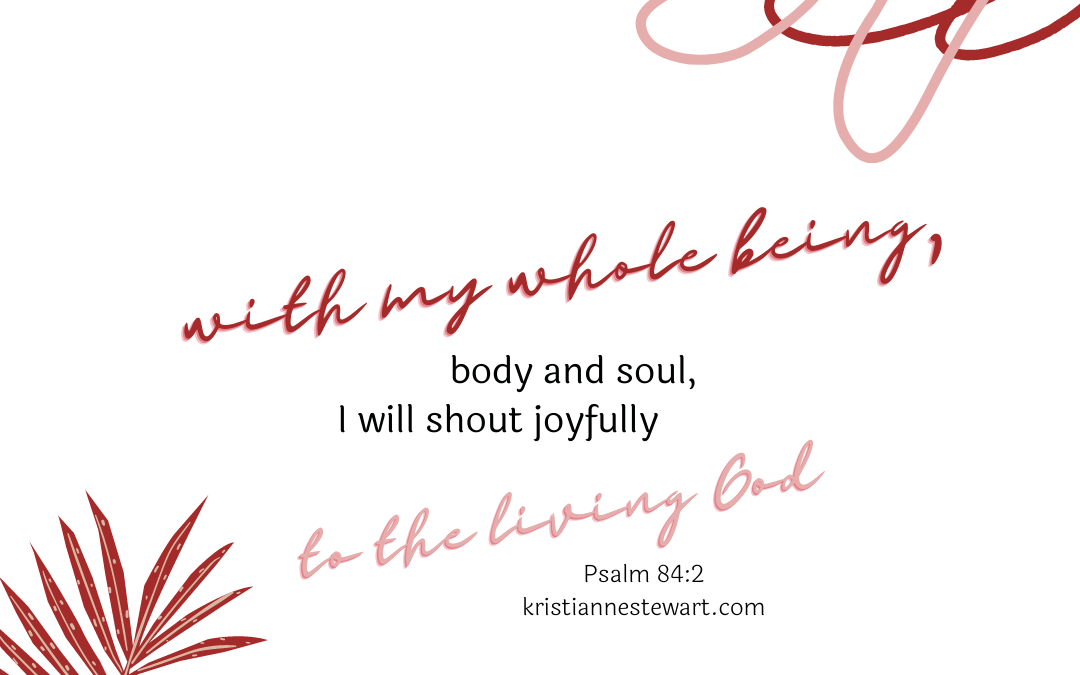 Your prayers often reflect whatever you are going through. For 18 months, my prayers were associated with grief, loss, chronic pain, wounding and cancer. I completely forgot about praise.

Every day there’s a virtual playground fight. Someone’s belligerent in a post and articulating a novel of hate within a single keyword search or lobbying hashtag-missiles. They might land in a tight little space of hidden insecurity or a dark house after work because you forgot to turn on lights when you left, alone again that morning. Unkind words cause self harm when you allow the opinions of others to wound you. It’s a paradox because “post worthy you” is LOL but in reality, you are sobbing inside.

The Israelites threw the best victory parties after their battles. When they ran out of celebrations, they created feasts that lasted a really, really long time. There’s this King Jehoshaphat, in the Old Testament of the Bible and he’s in a bind because these really bad guys want to take him out. In front of a whole bunch of his people (who the bad guys want to obliterate too), he prays to God for guidance. Suddenly, Jahaziel steps from the crowd and prophesies about how that battle is theirs and fabulous news – you won’t even have to fight because God will deliver your enemies to you. In response to this great news, that they’re not going to die, the king falls to his knees. After glorifying God, they’re like, let’s sing and have the victory party before the battle. Then someone runs and grabs a tambourine from their tent (well, maybe).

Jehoshaphat asked the people for advice. Then he appointed men to sing to the Lord. He wanted them to praise the Lord because of his glory and holiness. They marched out in front of the army. They said,“Give thanks to the Lord. His faithful love continues forever.”  2 Chronicles 20:21

I love the verse because what if that was your response everyday to anything? Like,“Hey, I’m with the band.” No matter how bad it gets, you could belt out psalms (sacred songs meant to be sung) and usually with a back up band and for sure, someone with a tambourine. And I love this because I get to sing, wave my tambourine and wear an intricate garland of flowers. Not too much though because at 51, that would be pushing it. I love it even more because it tells me that I’ve wasted time in a battle that’s already been won. We all have.

In the Book of Psalms, 150 is the last psalm and final of the “Hallelujah psalms.” The psalm starts with where and why you praise him, and then how you do it with 9 instruments and dancing. All about praise for who he is. To sum it up, if you’re breathing…you better be praising God.

I’ve been praying this lately. God, put a new song in my heart and your glory will fill my soul.

But how exactly will this song get put into my soul? Not from a social media compilation or a virtual space of shaming. LOL, I meant sharing. It wouldn’t be by seeking the opinions of others, rather than God who is the lover of my soul. It could only come to life in a sacred place created by time spent meditating and reading the Bible. God fights my battles. There’s a victory party with dancing and I hope in 2/4 time. And of course, there’s the tambourine.

Glorifying you and giving you praise as I

Because my soul is ever praising you, I am able to praise you at all time and to others when I